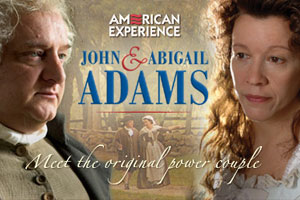 Relying heavily on the correspondence between the second American president and his wife, this biography sheds light not only on the characters of two remarkable people, but also on the tumultuous times through which they lived.

Opening a window onto the revolutionary era, John and Abigail’s story provides a strikingly intimate look inside a marriage of true companions, for whom life included not just the great events of history, but also laughter, loneliness, affection, and family tragedy. 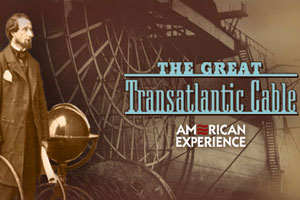 By the middle of the 19th century, a network of telegraph poles strung across America had changed the way the country did business. Samuel Morse’s invention made possible almost instantaneous communication between cities across the continent. Communicating with Europe was another matter. Messages to London were sent the old-fashioned way, aboard sailing ships that could take weeks to reach their destination. Though the need for a transatlantic cable was obvious, the physical challenges to laying one were enormous. The project would require the production of a 2,000 mile long cable that would have to be laid three miles beneath the Atlantic. Cyrus Field, an energetic, young New York paper manufacturer wasn’t deterred. And once he started the endeavour, he wouldn’t give up.

It took twelve years of cajoling and massaging investors, several abortive attempts to lay the cable, and millions of wasted dollars before Field and his team of engineers finally succeeded. On July 27, 1866, when the wire was finally in place, Field sent back the first message to Europe: “Thank God,” he wrote, “the Cable is laid.” Since that day, almost 140 years ago, nothing has broken his communications link with Europe – not storms, earthquakes or world wars. 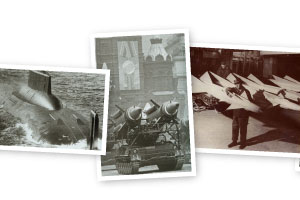 A programme about the courage and ingenuity of East Germans who were willing to risk their lives escaping through, over, and even under, the murderous Wall that divided Berlin between 1961 and 1989. The programme includes astonishing actuality footage of escapes as they happened (such as tunnelling, swimming and even escaping in a micro-light aircraft) along with recreations of some of the most daring escape attempts, and some of the deadly failures.